How Much Should The Tooth Fairy Leave For A Lost Tooth?

A visit from the tooth fairy is a fun way to add some excitement and anticipation to losing “baby teeth.”

While some kids enjoy losing those teeth and getting brand new “adult teeth” in their place, it makes others fret. Kids may worry losing teeth will be painful or think they might swallow them in their sleep – yes, really! Reassurances don’t always make them 100% better.

The tooth fairy is a friend in helping them feel ready for this change in their lives!

When Should You Start Getting Ready for the Tooth Fairy’s First Visit?

Kids usually lose their first baby tooth around the age of six. They finish with the last one at age 12 or so. These figures vary by individual, but they shouldn’t differ too much. It’s especially vital to see a local orthodontist in Port Orange if a child loses a tooth before turning four.

Losing the first tooth is an important step toward new, grown-up responsibilities. Kids will need to learn more about brushing and flossing. They’ll start on their way toward brushing their teeth all on their own. Age six is a pivotal time, since they can start practicing the skills they need.

But there’s also fun to be had here! This is a time in their life when money is still mystical and surprising. From a child’s perspective, there’s not all that much difference between a magical fairy and the money that can buy them their favorite treat, toy, or game.

Combining the two might seem a little odd from our “advanced” adult perspective, but it’s not really that strange. Santa Claus gives gifts, but he only turns up once a year. The tooth fairy can be a regular visitor for a few years, so losing teeth can offer plenty of surprises.

So, it’s a good idea to have your own “tooth fairy flight plan” by the time a tot turns five.

Giving gifts is always fun, even though you don’t get all the credit. So, think of the tooth fairy’s arrival as a chance to add some whimsy and wonder to a child’s life and help them see the possibilities of growth.

How Much Does the Tooth Fairy Pay for a Lost Tooth?

You’re not the first person to wonder about the economics of the tooth fairy!

Here are the facts from your local orthodontist.

It might come as no surprise the tooth fairy tends to pay more per tooth in times of plenty and less during economic downturns. Since money is no doubt abundant in Fairy Land, though, she always comes through with something. Often, the child’s age is a factor in deciding how much to pay.

According to research publicized by USA Today, the average going rate for a tooth was $3.70 in 2018. That’s a pretty penny when you’re six, but it’s noticeably less than the $4.13 that was the norm in 2016. Kids remember these things, so it’s a good idea to be consistent over time.

Here’s something today’s children won’t remember, but you might: Back in 1998, the national average for a lost tooth was $1.30. That’s almost $2 in today’s money, but it’s a lot less than what children can usually look forward to today. Sounds like teeth are a good investment!

At least one honorary tooth fairy admitted to being caught short. With no small bills around, she ended up paying anywhere from $20 to $50 for a tooth multiple times, all to preserve the fantasy that means so much to her daughter. No word on whether it was spent on candy.

You might be in for a surprise when you look at the larger social trends, too.

How much the tooth fairy pays for a tooth doesn’t seem to have any correlation to how wealthy a state is as a whole. The highest paying state for a tooth in 2018 was Delaware, where the average stood out at a whopping $4.46, followed by Montana at $4.35 and Wyoming at $4.33.

On the low side, $2.97 was a popular figure, used in Arizona, Florida, and North Carolina.

The distinction of lowest pay per tooth went to Massachusetts, at just $2.56. Cross the border to Rhode Island and you could expect $4.02, a big sum for the smallest state. The largest state, Alaska, also had above-average rates: It came out to a grand $3.83 per tooth.

Alternatives to Money for the Tooth Fairy

Take it from your local orthodontist: The tooth fairy is free to get creative.

It’s clear from the figures above that a handful of change won’t do, and many people don’t have paper bills around the house. Likewise, some parents are leery about the tooth fairy because they have specific ideas about money they want to impart. Whatever the case, you have options.

You only need three things for a tooth fairy’s delivery.

It’s that easy! Small toys are a common alternative to money for the tooth fairy. So is candy! That creates an opportunity to impart lessons about dental health and really explain what’s going on. Kids can have a special treat when the time is right – but they need to brush afterward.

We’ve even heard of tooth fairies who give a different kind of little gift every time they visit.

That can heighten the anticipation each time a tooth is lost. But be sure kids aren’t doing anything to encourage them to come out. When kids try to intentionally rub or twist a loose tooth, that can cause it to come out prematurely. Serious damage is rare, but it could result in some bleeding and discomfort.

If you want to give multiple different gifts for lost teeth, be as creative as you wish. The first one might be a new toothbrush – but remember how kids think. Don’t let your tooth fairy turn into the aunt who gives out socks for Christmas, or else kids won’t look forward to her visit.

Another possibility is for the tooth fairy to write cards or leave drawings.

Use your best judgment in deciding which method will work based on a child’s age and interests. In so many cases, a personal note from the tooth fairy to a child is something they keep and treasure, an important memento for them to look back on for many years to come.

Whatever you choose, be sure you have a local orthodontist as an ally.

When permanent teeth start to grow in, it’s especially important to see a local orthodontist in Port Orange. One quick visit can help determine if two-phase treatment might be necessary for straight, healthy teeth. Beauchamp Orthodontics makes it fun and easy for kids of all ages.

Schedule a consultation to find out more or get started.

Click to schedule a complimentary consult with Dr. Beauchamp today! 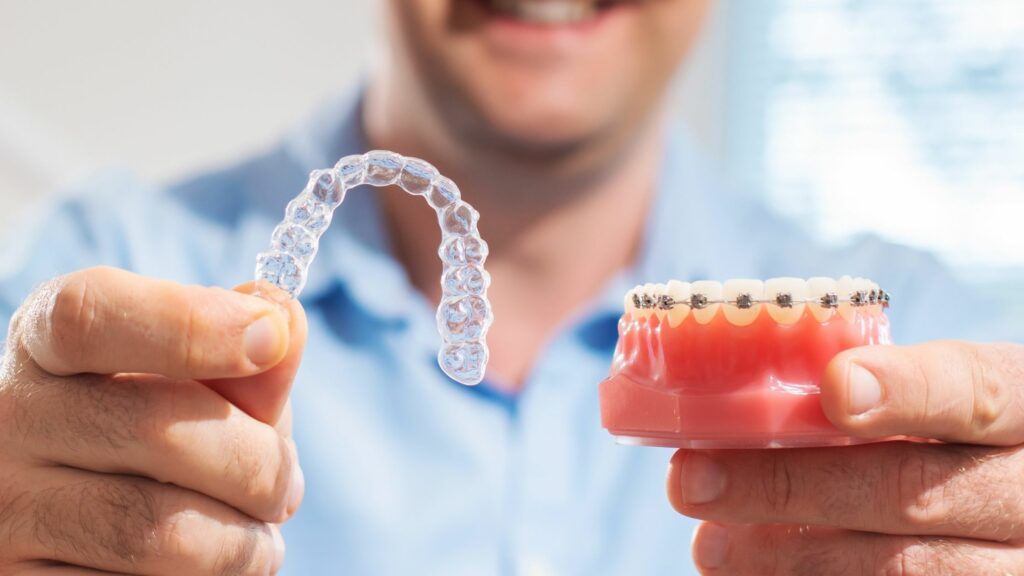 Are Clear Aligners as Effective as Metal Braces for Straightening Teeth?

When you think of straight, healthy teeth, you probably think of traditional metal braces. Metal 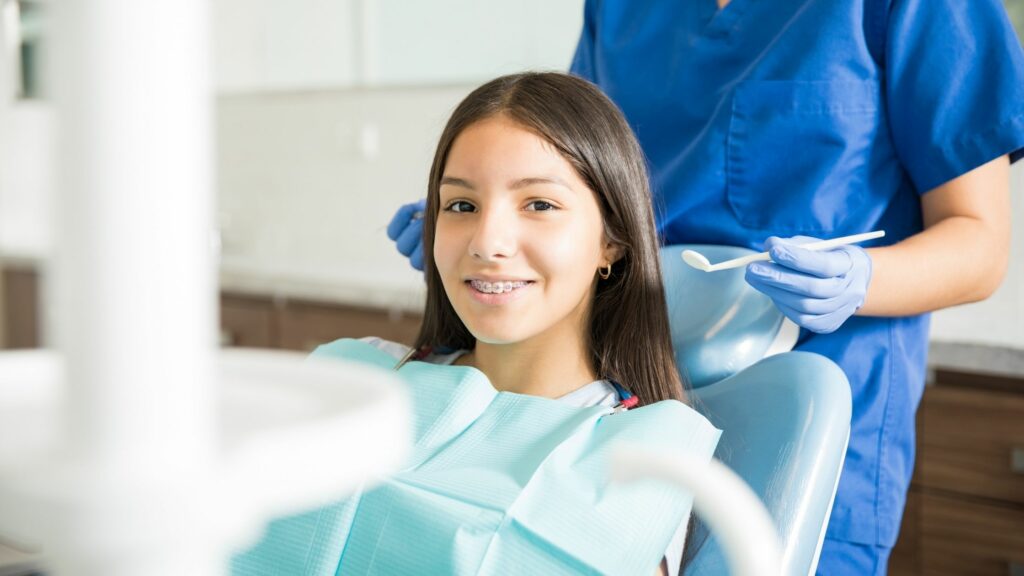 Getting Your Braces Tightened: How Often You Will Need to Visit Your Port Orange Orthodontist During Treatment 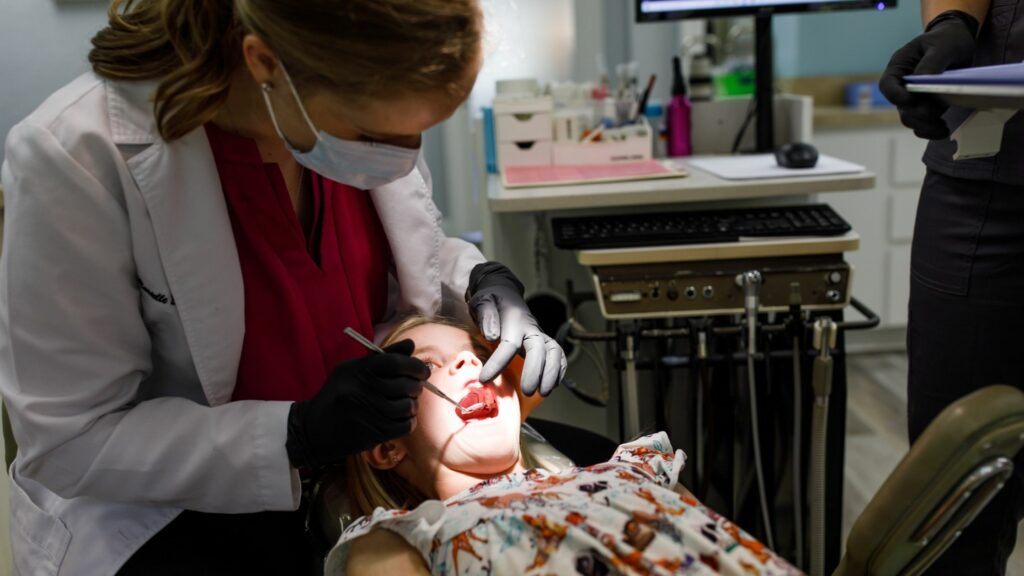 A Parent’s Guide to Expanders: What to Expect When Your Child is Under Treatment

What are expanders for braces? It can be tough to get clear answers about dental